SMS Keeps Locals in the Loop
A BulkSMS.com Case Study

SMS keeps locals in the loop

The Muizenberg House Saving Scheme (MHSS), based in Cape Town, South Africa, was founded in 1998 with the aim of helping local low-income earners gain access to housing on land close to where they worked. The organisation was headed up by Mark Turok and Mavis Ndlovu who dedicated their time and effort to sorting through roadblocks, such as land claims, in order to provide the members of the Scheme with adequate housing.

Once the housing requests were in place, the organisers of the Scheme realised that they needed to communicate with the members to keep them informed of any progress or new developments. Robin Thomson, volunteer at the MHSS, says that they “chose to use SMS to communicate any updates because many of the members are low-income earners with no access to emails or landlines.”

Thomson began using the BulkSMS Desktop Messenger in 2002 and has found it to be the most effective way of facilitating reliable and cost-effective communication with the members. SMS is being used to keep the members up to date on any new developments and to inform the members of any meetings taking place. The members are then able to confirm their attendance by replying to the SMS or they can request further information regarding the meeting agenda. 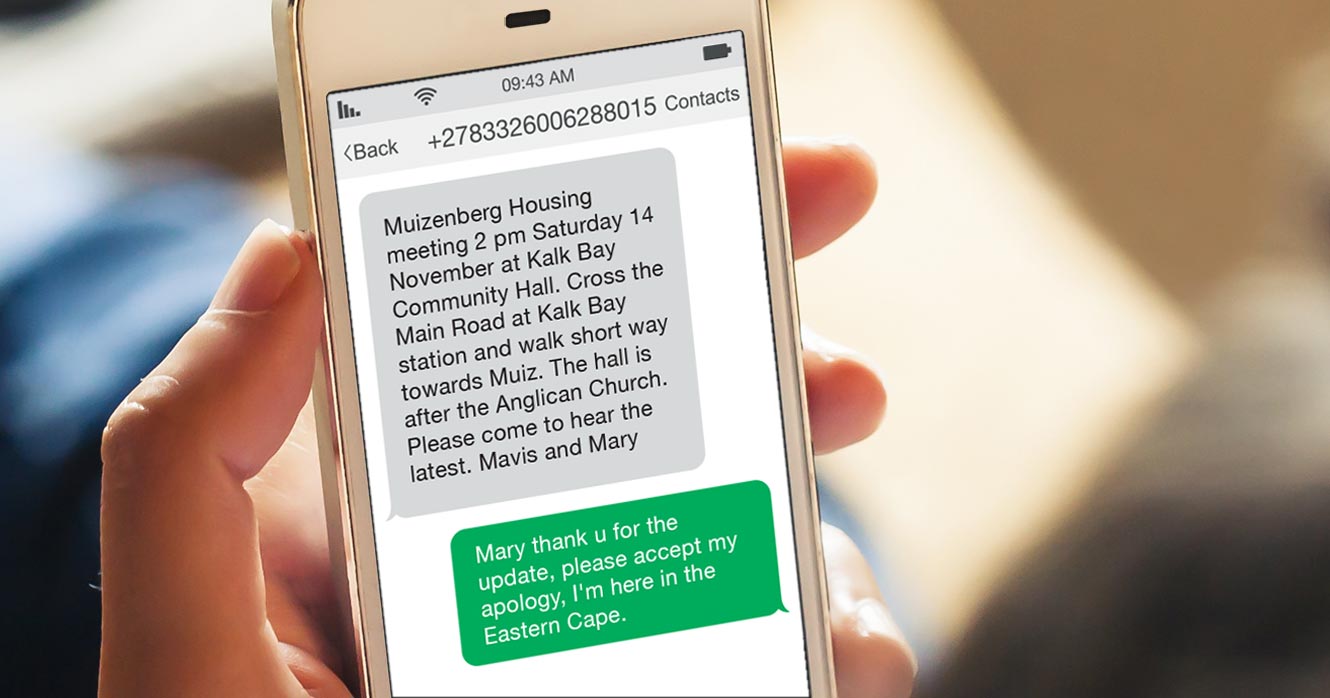 SMS is being used to facilitate two-way communication between the members and the organisers of the scheme; thereby ensuring that the organisers know who is coming to each of the meetings and that the members know where to meet. While the Scheme’s use of SMS may seem small, it plays a major role in the success of their efforts. “SMS is the best, if not the only way, that we can communicate with our members” says Thomson.

“This use case is such great example of how SMS can be used to communicate with people who do not have easy access to the internet. MHSS’ use of SMS to communicate with low-income earners is an example of the trusted, reliable and long-established nature of SMS.” Says Dr. Pieter Streicher, managing director of BulkSMS.com.