Using SMS to Sort out Those Fishy Tales
A BulkSMS.com Case Study 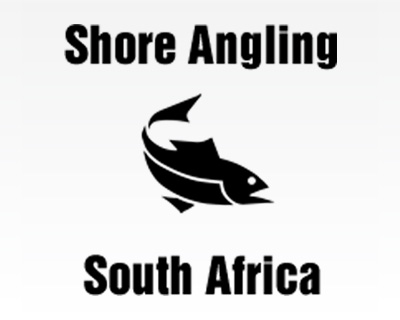 Using SMS to sort out those fishy tales

Shoreangling.co.za was set up in 2007 by Chris de Vries, an executive board member of SASAA (South African Shore Angling Association) to provide a more fish-friendly way of calculating a fish’s weight at shore angling competitions in South Africa. Previously fish were kept in the shallows or even on dry land until the weighmaster and his 200kg scales arrived to weigh the fish. This placed an unacceptable level of stress on the fish due to it being out of the water and physically weighed.

With the aim of getting the fish back into the water in less than two minutes, the length of the fish is quickly staked out in the sand and the fish is released. Then, armed with the fish’s species, gender and length, the weighmaster consults the Shoreangling.co.za tables to establish the fish’s weight, and also the number of competition points the angler has earned.

The Shoreangling.co.za data is based on more than a decade of extensive research and lists 300 South Africa fish species. When De Vries saw the success of the tables competition level he decided to make the service easily available to recreational anglers as well, especially considering the enormous impact the system had on conserving South Africa’s marine life. Also, more people using the system means more information fed back to Shoreangling.co.za, thus improving the scope and accuracy of the data.

At this point, De Vries roped in Pieter Wilcocks to help with the technical details and the two quickly decided that an SMS API service was the obvious answer. Anglers would be able to SMS in the fish’s details, and then receive back the weight, national record weight, size and bag limits, and the closed season for the species. As well as allowing them to return fish to the water, this would also prevent undersize fishing and fishing out of season. And all anglers want to know if they are close to a national record!

“Everyone knows how to SMS, the data would always be up-to-date and available anywhere, and anglers would only need their phones and a tape measure, not heavy scales or paper-based tables,” said De Vries. Shopping around for an SMS service to make their idea a reality, Wilcocks came across BulkSMS.com service. Its shared shortcode facility made the Shoreangling.co.za SMS service financially viable and because BulkSMS awards a credit for every message received, the reply SMS to the angler costs Shoreangler.co.za nothing.

“Because BulkSMS.com makes its technical details easily available online, we were up and running in no time,” said Wilcocks. “This made interacting with the service very, very easy. It just works. In fact, everything happens pretty much automatically now.”

Wilcocks was also impressed that in the event of something going wrong with the message delivery, BulkSMS.com informed him immediately. “Shoreangling.co.za isn’t a commercial venture, but the anglers pay R3 to send the SMS, so I need to know if a message doesn’t arrive when it should,” said Wilcocks.

“And the BulkSMS.com support staff are responsive, helpful and friendly,” Wilcocks concludes.

The Shoreangling.co.za SMS service now also allows anglers to inquire about the times of tides at their fishing destinations. Purely via word of mouth, the service has almost 2,000 users and has been lauded by anglers, other fishing bodies, conservationists and researchers around the world.

“We loved this simple yet effective application of SMS which is why we awarded it the 2010 BulkSMS Messaging Award,” said Pieter Streicher, managing director of BulkSMS.com. “Shoreangling.co.za supplies people with the information they want, when they want it, in an easy to use way. It makes their lives easier and also makes a considerable impact from a marine conservation point of view.”